At ICE Cleaning, we specialise in mould removal and have assisted both business and residential clients with this problem. With our remediation services, we can considerably raise the air quality in your building. We have years of expertise working with clients to deliver top-notch outcomes.

To schedule your mould removal, contact us at 0208 066 0360 or [email protected] In an emergency, we can get on site within an hour to assist you. Have you ever noticed yourself sniffling or sneezing a lot in your own house? Maybe your eyes have started to leak or feel more sensitive.

There is a possibility that your home contains mould spores if you have looked into all of the possible general issues but have not found a match.  They float in the air of every sort of climate and are omnipresent. Contrary to popular belief, some mould fungi, like penicillin, are actually quite helpful to people.

Even the healthiest individuals can get respiratory problems from some types of mould, such as common black mould, which is extremely dangerous to human health.

If the mould spores in your home are a result of moisture problems or apparent mould growth, improving ventilation in living areas may offer some immediate relief. The idea behind this is to let stale indoor air escape while enabling clean air to enter. To let in fresh air, open the windows (even for just 30 minutes a day).

To assist with airflow outside, put a fan next to the open window. Open the internal doors opposite the windows to cross-ventilate the space. Turn on ceiling fans or air conditioners when the windows are closed. Set the fan to “on” if your home has a central HVAC system to enable the fan to run continually.

Remember to replace your air filters every three months.In the laundry room, bathrooms, and kitchens, use exhaust fans.

How Can I Tell If Mould Is Growing In My House?

The smell of mould is typically the first indication that it is present. The fragrance is characterised as being “musty” and “old.” Visitors will readily detect this odour since they have not become accustomed to it, unlike you, who have lived in your home and have most likely done so.

It’s a good idea to look about your home for visible mould development if you suspect mould growth is there. Look around your bathroom, kitchen, laundry room, and any other potential spots where moisture may build because mould grows in damp environments. Your mould issue may have a source if you see any leaks or water stains.

Your walls, ceilings, and even furniture may develop mould. It could be yellow, green, brown, or black in hue, with a fuzzy or velvety texture.Mold spores can’t be entirely eliminated from your home because they are prevalent everywhere we go.

If you don’t want to wake up one day to damp, musty patches in your bathrooms and kitchen, take note of the many precautions you can take to avoid mould growth in your home. 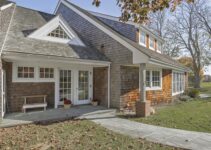 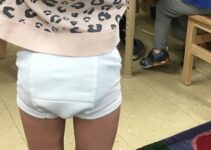 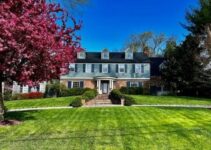