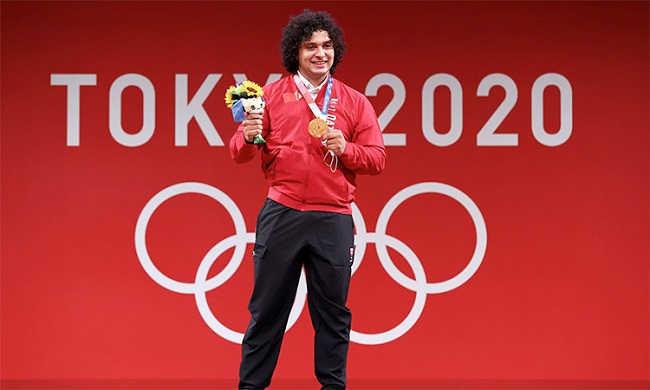 Fares El-Bakh, a weightlifter from Qatar, won the country’s first Olympic gold medal on Saturday after breaking two Games records in Tokyo. This year’s silver medalist at the world championships also established new records in the clean and jerk (225 kg) and total lift (500 kg) in the men’s 96 kg category (402kg).

El-Bakh, who is only 23, expressed his gratitude for the honour of winning a gold medal in these Olympics. To paraphrase, “I pray that my Olympic performance was satisfactory.”

Silver went to Keydomar Sanchez of Venezuela, while Anton Pliesnoi of Russia placed second in the third-place match. In his final lift, El-Bakh tried for a world record 232 but fell short.

The bronze medal earned by Saif Asaad in the 105-kilogram weight class at the Sydney 2000 Olympics was the first of Qatar’s six Olympic medals.

Conversely, Lyu Xiaojun doesn’t seem to be slowing down with age.

On Saturday, a 37-year-old Chinese weightlifter prevailed in a nail-biting final in the men’s 81-kg division to set a new record for the oldest Olympic weightlifting champion.

After Pizzolato attempted and failed a clean and jerk with 210 kilogrammes, Lyu’s victory was sealed. The same weight was then attempted by Lyu, who failed. At the end of the game, he lifted his coach into the air and kissed the Chinese flag on his singlet.

Lyu, speaking through an interpreter, reflected on the five years that had passed since his Olympic silver medal win in Rio de Janeiro in 2016: “Five years is a long time for a man of this age.” Although he missed his two children, he found motivation in the sport and a fatherly role to younger weightlifters.

He remarked, “It’s a beautiful craft, and perhaps that’s why I can be an athlete for so long.”

Lyu, who also won gold in 2012, quickly dismissed rumours that she was considering calling it quits.

He said, “This is not my last competition,” meaning that he has his sights set on the 2024 Olympics and the World Championships, both of which will be held in China next year. I’ll be in Paris if we cross paths again next year. 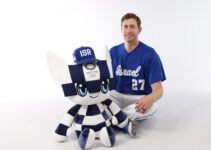 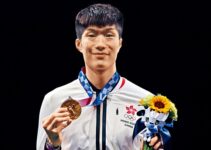 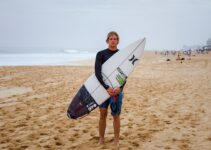